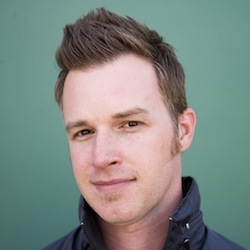 For over a decade, Shawn Michael O’Keefe has been at the forefront of emerging technologies as a producer for the South by Southwest (SXSW) Interactive Festival in Austin, Texas.

Beginning his passionate journey into technology at the University of Texas at Austin, he focused on convergent media in the innovative and unconventional Advanced Communications Technologies Laboratory (ACTLab).

He now speaks at tech and design events across the globe and has presented at The Austin Forum, C’n’B at c/o Pop, Eurosonic Noorderslag, Futur en Seine, Ignite Austin, MTO Summits, TEDx, WebVisions and more.

When not working on SXSW or freelancing as a creative consultant, he likes to talk about fonts and race his bicycle around the block. 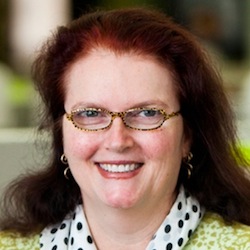 Cooper has held many leadership roles within the computer science sector. She has managed teams at Symantec and Apple Inc. and for six years served as chief open source “evangelist” for Sun Microsystems before leaving to serve as senior director for open source strategies at Intel. In 2009 she worked as “Open Source Diva” at REvolution Computing (now Revolution Analytics). She is a board observer at Mozilla, and serves as a member of the Apache Software Foundation. She was a board member at Open Source Initiative.

Cooper’s major work within the open source area of computer science has garnered her the nickname “Open Source Diva”. She was recruited, while at a sushi bar in Cupertino, to a position at Sun working towards opening the source code to Java. Within six months she quit frustrated by the claims of open source development with Java that Sun made, only to find that little “open sourcing” was taking place. Sun sought to keep Cooper understanding her need to further open source software and re-hired her as their corporate open source officer. Her six years with Sun Microsystems is credited as the key to the company opening up its source code and lending support to Sun’s OpenOffice.org software suite, Oracle Grid Engine, among others. In 2009 she joined REvolution Computing, a “provider of open source predictive analytics solutions”, to work on community outreach amongst developers unfamiliar with the programming language R and general open source strategies. She has also made public speaking appearances discussing open sourcing, speaking at the Malaysian National Computer Confederation Open Source Compatibility Centre, OSCON, gov2.0 Expo, and the Southern California Linux Expo. In 2005 Cooper was a contributing author to Open Sources 2.0: The Continuing Evolution.